Dr Christos Arvanitidis, the scientific cordinator of LifeWatchGreece, participated to the First Activity 1 Workshop of the project ActionMed in Athens, over 22-24 February, 2016. The potential links between the two projects, as well as the incorporation of the lessons learnt in EMBOS COST ACTION were discussed within the biodiversity indicators topic in the framework of ActionMed project.

A new publication with the title "Salinity is the major factor influencing the sediment bacterial communities in a Mediterranean lagoonal complex (Amvrakikos Gulf, Ionian Sea)" has been launched within the context of the LifeWatchGreece project during January 2016. This publication is an article in Marine Genomics and the full text can be found here (http://www.sciencedirect.com/science/article/pii/S1874778716300058).

The Ecological Modeling vLab of the LifewatchGreece project comprises of two online models. One of these models is the Ecological Niche Modeling which aims to predict the invasion risks of Indo-Pacific fish species in the Mediterranean Sea. Currently, there is no biological risk assessment done to estimate potential impacts on Mediterranean coastal ecosystems. A pilot project, done in association with partners of EU BON European project and led by HCMR in collaboration with FORTH, FIN, and the University of Gothenburg, UGOTH), will follow up on the work of Leidenberger et al.

The LifeWatch Data Analysis Workshop (http://www.lifewatch.be/en/lifewatch-data-analysis-workshop) took place in Oostende, Belgium, from 26-27th November, 2015, and was focused on training students and researchers on e-Infrastructures and virtual environments of the LifeWatch project, through theoretical as well as practical/hands-on training sessions. 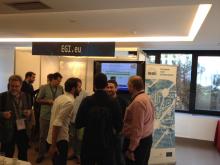 The European Grid Infrastructure (EGI) Community Forum 2015 took place in Bari, Italy between 10-13 November, 2015, and was focused on Building Next Generation e-Infrastructures through Communities. 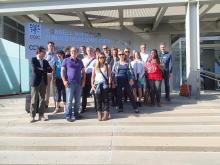 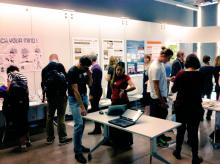 Many scientists and experts from Europe, USA and Australia met from 28th to 30th October in Barcelona to celebrate the third edition of the General Assembly of the European Citizen Science Association (ECSA). Mrs Emmanouela Panteri from HCMR represented LifeWatchGreece in the ECSA General Assembly by demonstrating the CIGESMED Citizen Science project and it's involvement with LifeWatchGreece mobile application. 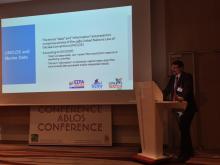 The 8th IHO-IAG ABLOS Conference “UNCLOS: Advances in Governing the Blue World” (http://www.ablosconference.com/) was held in Monaco (seat of the International Hydrographic Organization – IHO), from the 20th to the 22nd of October 2015.

The 13th International Congress on the Zoogeography and Ecology of Greece and Adjacent Regions (ICZEGAR) was held in Herakleion, Crete between 7 and 11 of October, 2015. The congress' scope included all issues related to systematic, phylogeny, biogeography, ecology, evolution, and conservation on animal species in the eastern Mediterranean region.

The Euromarine Foresight Symposium "Future Coast - Europe" (http://www.io-warnemuende.de/future-coast-home.html) was held in the Berlin-Brandenburg Academy of Sciences and Humanities (BBAW), from the 5th to the 7th of October 2015.
Dr Christos Arvanitidis participated in the symposium and presented an new approach for the integrated management of coastal ecosystems supported by the LifewatchGreece Infrastructure.

The presentation can be found below.