The Open GIS Symposium and Summer School was held in Chania between 20th-24th July 2015 with participants from many countries, mostly European and African. The event started with the Open GIS symposium which included a number of interesting talks on the value and the future of GIS and some posters about recent GIS-related work and applications based on real-life needs. The summer school included an introduction to the geographical data science and then it mainly focused to open source software like QGIS and ARCSWAT.

The R vLab in ECODAR 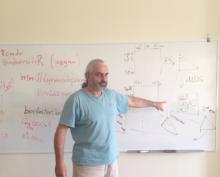 The R Virtual Laboratory (R vLab) was presented to the participants of the ECODAR summer school in Mytilene (Lesbos, Greece) which took place during the 11th of July 2015.

The R vLab is a primary component of the LifewatchGreece Infrastructure, which is under development in the context of the LifeWatch ESFRI Project. The audience included students, researchers, academics, environmental managers and policy makers from many countries around the world.

Dr. Patkos Theodore and Mr Varsos Constantinos from the LifeWatchGreece team participated in the annual useR! international R User conference conducted in Aalborg during June 30 – July 03 2015. The methodology and infrastructure of the R vlab that was developed within LifeWatchGreece were presented in a multivariate audience, including students, researchers, academics and entrepreneurs from around the world, with different interests, since the conference had a pluralistic thematology. This presentation can be found below. 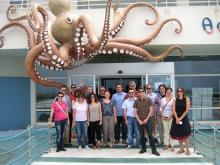 The overall objective of EMODnet WP4 is to fill in the spatial and temporal gaps in EMODnet species occurrence data availability by implementing data archaeology and rescue activities. This is a two-part process of first identifying and locating data and then performing the steps required to merge them into a digital database, which further will be distributed through EurOBIS, and the EMODnet data portal.

The European Maritime Day was held at the Athens Concert Hall on 28-29 May 2015 and was focused on Blue Growth. The official opening was on the 28th with welcoming speeches by the Mayor of  the city of Piraeus, and the alternate Ministers of Tourism, Ministry of Economy, Infrastructure, Maritime Affairs and Tourism. There were a lot of interesting sessions on coastal communities and Blue Society, risks and opportunities. Many discussions were held regarding the next generation of marine professionals. 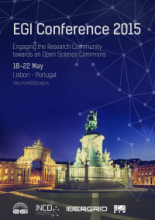 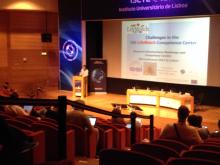 The European Grid Infrastructure (EGI) Conference 2015 was held in Lisbon, Portugal between 18-22 May, 2015, and was focused on Engaging the Research Community towards an Open Science Commons. Mrs Emmanouela Panteri from HCMR represented LifeWatchGreece in the EGI Conference 2015 where she presented the LifewatchGreece infrastructure and the Citizen Science projects related to LifewatchGreece.

Presentation 1: From construction to deployment of LifewatchGreece: The potential role of EGI-LW Competence Centre 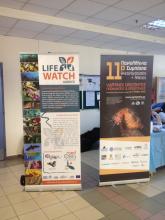 The LifewatchGreece team participated in the 11th Greek Symposium of Oceanography and Fisheries that took place in Lesvos island during 13 -17 May 2015.

The LifewatchGreece scientific coordinator, Dr Christos Arvanitidis, presented the progress and the current achievements of the Reserach Infrastructure. The full presentation can be found here.

The 1st Scratchpads Workshop for Athens was held on May 11th and 12th at the Department of Biology, University of Athens. It was organized by the Zoological Museum of the University of Athens (ZMUA) and the LifeWatchGreece Infrastructure. Dr Dimitris Koureas was invited from the Natural History Museum in London, UK and under his guidance about 25 attendees of the workshop from Athens, Thessaloniki, Heraklio and even Denmark, utilized the infrastructure and tools of Scratchpads in order to create taxonomic and regional biodiversity sites.

Conference: Cave environments: present and past 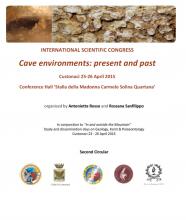 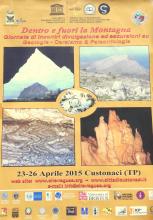 In his contribution he discussed on the significance of the currently developing biodiversity informatics infrastructures (e.g. LifeWatch) to the publication of georeferenced, taxonomically updated marine biodiversity datasets.

The EMBOS Synthesis Meeting was successfully held at HCMR-Crete, from 21 to 24 April 2015. This was the second data workshop that took place in HCMR, following the one of December 2014.